DENVER, April 7, 2022 /PRNewswire/ – This week represents one decade since the seven Stanley brothers helped launch the CBD industry from Colorado. Per proclamation by Governor Jared Polis in 2020, following the unfortunate passing of Charlotte Figi, today is officially ‘Charlotte Figi Day’ in Colorado. Charlotte’s Web Inc., the market leader in CBD products, today unveils its “Charlotte Figi Family Grant Program” as an annual initiative to honor the historic legacy of Charlotte, the little girl who suffered from seizures due to Dravet Syndrome, and her story that helped to change CBD access for millions around the world. 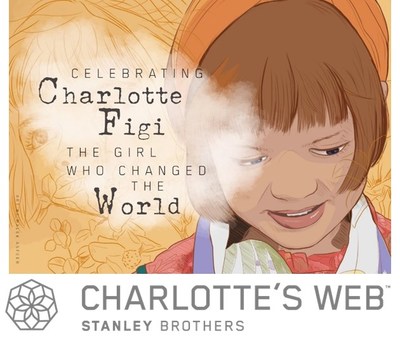 Ten family grants are being awarded in keeping with the ten-year anniversary of the Stanley brothers providing their (high-CBD and low-THC) full spectrum hemp formula to Charlotte Figi after her pediatrician supplied written permission. Each year on Charlotte Figi Day, the Company will now announce its family grantees and increase the number of grants by one annually. This year’s granted families were selected by the Colorado-based nonprofit Realm of Caring based on families with the greatest need. Each family will receive a year’s supply of Charlotte’s Web product to support each family’s overall health and wellness. This year’s ten family grantees herald from six states from California to Virginia.

“We keep Charlotte’s heroic story illuminated while also supporting wellness and relief for those families most in need,” said Charlotte’s Web CEO Jacques Tortoroli.  “Our founders were there at the beginning in 2012 with Charlotte and her family. Charlotte’s story stands for the true founding of not only our company, but the entire hemp CBD industry. The Charlotte Figi Family Grant Program pays tribute to our namesake by giving to health-seeking families with qualified needs.”

Charlotte’s Web hosts an event for all of its employees today at 3:30 pm MST at its manufacturing plant and R & D facility — the LOFT — in Louisville to honor the legacy of Charlotte Figi and will present the inaugural ‘Courage Award’ to an employee who has demonstrated unbridled courage in their work and their life in this past year.

Since 2012 Colorado has been (and still is) the epicenter for the CBD movement that swiftly became an industry. In its first decade, the CBD industry grew from just one brand – Charlotte’s Web– to more than 3,500 CBD brands in 2020, according to The Brightfield Group. Colorado was the first state in which CBD product sales were legal and the state has remained at the forefront of hemp and cannabis innovation and growth. In a relatively short time span, the CBD sector has expanded and grown, according to the Brightfield Group research firm (November 2021) that estimated the U.S. hemp-derived CBD market at $4.7 billion in retail sales in 2021 and forecasted revenues to reach $12 billion by 2026, driven by accelerated growth of ingestible products.

This profound growth first began as a result of the courage of Charlotte Figi, her family, and the entrepreneurial passion of the Stanley Brothers. Charlotte’s experience became a shared experience by tens of thousands of families, many of whom migrated to Colorado. The activism of Charlotte’s Web and the nonprofit Realm of Caring helped to change laws in dozens of states and helped establish two meaningful national farm bills that changed access to hemp for all Americans.

The timeline below shows the significant milestones that have led up to Colorado’s official “Charlotte Figi Day”: