In Honor of 420, Limited-Edition Justice For All CBD Gummy Sampler Box Features Design by Artist & Advocate Emily Eizen, Inspired by One Family’s Struggles After Cannabis Conviction

MIAMI, April 13, 2022 /PRNewswire/ — Personal wellness and CBD brand House of Wise announces the launch of a limited-edition Justice For All CBD Gummy Sampler Box — available for purchase now — in partnership with Last Prisoner Project, a nonprofit dedicated to advancing criminal justice reform for the cannabis community. 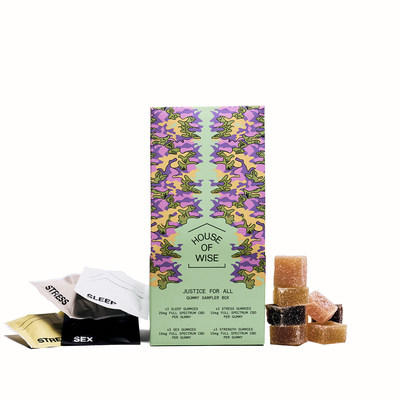 This limited-edition box features a custom design by multimedia artist and cannabis industry advocate Emily Eizen, inspired by the real-life experiences of former cannabis incarcerates Sean and Eboni Worsley. The design features a camouflage print, nodding to Sean’s honorable service in the U.S. Army, including his Purple Heart award, along with broken chains, representing the immediate need for change and reform in the American criminal justice system. Each Justice For All product pack includes 12 individually wrapped CBD Gummies from House of Wise including three of each: Sleep, Stress, Sex, and Strength Gummies.

The limited-edition Justice For All CBD Gummy Sampler box retails for $75 and is now available for purchase on houseofwise.co. One hundred percent of profits from all sales of the product will go to Last Prisoner Project’s Family Support Fund and the Worsley Family, providing financial support as they focus on trauma healing and rebuilding their family.

In 2016, Sean Worsley was arrested for possession of marijuana, despite his medical cannabis card and official diagnosis of PTSD and traumatic brain injury resulting from service in Iraq with the U.S. Army. At the time of arrest, both Sean and his wife, Eboni, were traveling through Alabama and charged with possession. They both spent six days in jail, with Eboni’s charges being dropped and Sean being released on bail after agreeing to a plea deal that included 60 months (5 years) of probation, participation in a drug treatment program, and thousands of dollars in fines, fees, and court costs.

In compliance with the terms of his probation, once he returned home to Arizona, Sean Worsley visited his local Veterans Affairs office to take an assessment for placement in a drug treatment program. However, the VA office rejected his request, stating he “has legal documentation to support his use and therefore does not meet criteria for a substance use disorder or meet the need for substance abuse treatment.” While Sean and Eboni were trying to communicate their situation to Sean’s probation officer and their attorney in Alabama, Eboni lost her job, and the Worsleys soon found themselves homeless, with Eboni in need of immediate heart surgery.

Now homeless, in need of medical support for his wife, deemed inadmissible to attend a drug treatment program by the VA, and unable to pay the renewal fee for his medical marijuana card, Sean found himself and Eboni in a seemingly impossible situation.

In the eyes of the Alabama court, Sean had failed to receive drug treatment, did not maintain a permanent address, and had a new interaction with police following a traffic violation. Therefore, Sean was seen as having violated the conditions of his probation and was sentenced to five years in an Alabama state prison. Sean served time but was released in October 2020 after public outcry over his charges and story. Today, Sean and Eboni live in Phoenix, Arizona, with their daughter. They are currently working to rebuild their lives and their family and are in need of support.

Sean and Eboni Worsley’s story is all too common: they were arrested, ensnared in the complexities of the criminal justice system, and victimized by the incongruency of Alabama versus Arizona law. As a result, they faced severe penalties and long-lasting repercussions to their livelihood and mental, emotional, and physical health. Desperate and in need of help, the Worsley family reached out to Last Prisoner Project for support. Through its partnership with Last Prisoner Project, House of Wise is using its platform to amplify the Worsleys’ story.

“I never thought Sean could be sentenced to half a decade in a maximum security prison for possession of marijuana, an herb that is widely recognized for its therapeutic benefits. Sean spent years fighting for our country, and cannabis has been a blessing for our family and for Sean’s daily wellbeing,” said Eboni Worsley. “I rely on CBD to alleviate pain, as well as soothe my mind and body, from ongoing discomfort from sciatica, fibromyalgia, lingering issues from my open heart surgery, and ongoing trauma. By sharing our story, we hope to change the stigmas placed on those who use cannabis or have been incarcerated for cannabis-related convictions. We hope to destigmatize the public’s view of cannabis, highlighting its holistic benefits, while ensuring those with cannabis convictions are able to secure freedom and safely reintegrate into society following their release.”

“Sean and Eboni’s story moved me on so many levels: I felt so angered at our entire system for being designed to ensnare a group of people into hardship. I also feel a sense of responsibility to help spark change by using my art and platform to help amplify Sean and Eboni’s story. It is imperative to center criminal justice reform and a push for cannabis clemency in our discussions surrounding 4/20,” said Emily Eizen. “With Sean and Eboni’s guidance, I aimed to articulate their experience into visual artwork that can help their story reach more people and draw attention to the thousands of people currently behind bars for senseless, nonviolent cannabis charges.”

“It is through my artwork and the sales of the limited-edition Justice For All CBD gummies that I hope more people will give CBD a try and experience how it can improve their daily wellbeing,” Eizen continued. “Once they experience the benefits of cannabis products, I hope they’ll understand the importance of legalizing cannabis on a federal level, starting with granting clemency to those currently serving time for cannabis-related charges.”

The limited-edition packaging design is inspired by Sean Worsley’s military service, which is the reason he was using medical marijuana and had it with him at the time of his arrest. The main design is inspired by traditional camouflage – a recognizable pattern – but in a refreshed and vibrant aesthetic in line with Emily Eizen’s signature style. The green in the camo is emphasized with a dark outline, giving a gentle nod to the hemp and cannabis plant. The purple in the camo design represents the Purple Heart Sean was awarded after his time in Iraq. The camo pattern is thoughtfully printed in a reflective symmetry on the box similar to Rorschach inkblots, giving recognition to the need for treating and caring for mental health, in addition to physical health ailments. The back of the box features broken chains, representing the tens of thousands of people currently incarcerated for cannabis, who have been robbed of their freedom, who deserve to be free at this very moment.

Anyone can get involved and voice their support to grant freedom and clemency to thousands of Americans by signing a national petition urging the Biden Administration to deliver bold action and immediate relief through the creation of a Federal Cannabis Clemency Board. Learn more and sign the petition now.

About House of Wise
House of Wise empowers women to take control of their lives and daily routines, while working to shatter the stigmas and double standards they continue to face today. The wellness brand offers high-quality, originally formulated CBD products, empowering users to give more intention and purpose to their routines so they can take back control of their sleep, stress, strength, and sex. House of Wise features a collection of seven trusted, premium CBD products in addition to wellness products and custom merchandise. Each CBD product is specially designed and paired with additional, thoughtfully selected active ingredients to help women make the most of every day.

About Last Prisoner Project
The Last Prisoner Project (LPP) is a nonprofit organization dedicated to cannabis-related criminal justice reform. As the United States moves away from the criminalization of cannabis, giving rise to a major new industry, there remains the fundamental injustice inflicted upon those who have suffered under America’s unjust policy of cannabis prohibition. Through intervention, advocacy, and awareness campaigns, the Last Prisoner Project works to redress the past and continuing harms of these inhumane and ineffective laws and policies. Visit www.lastprisonerproject.org or text FREEDOM to 24365 to donate and learn more. 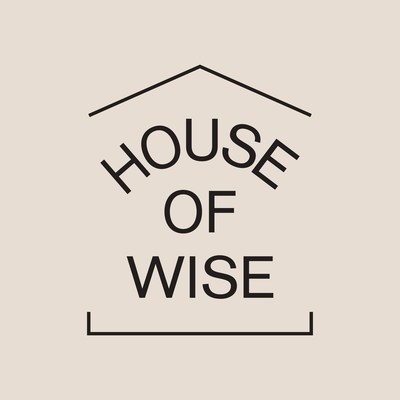